John Becton
What's the first major news story you can remember living through as a child?

What's the first major news story you can remember living through as a child? 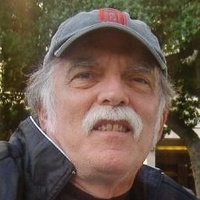 The earliest major news story I remember now as being a current event rather than history was the presidential election of 1952. I don’t remember hearing about anything else outside my little sphere at that time or before. I probably did but paid little or no attention. Likely, I didn’t understand. The election, however, somehow grabbed my 5-year-old attention.

I was surprised years later to learn that the Korean War had taken place in my lifetime. Yes, I was very young. Also, we — like most people — didn’t have a TV. And even if we did, it wasn’t until Viet Nam that wars were “streamed” on TV news nightly. If my parents ever talked about it, that didn’t register with me.

I must’ve known that the current president’s name was Harry Truman, but I don’t recall being conscious of that fact. I’m not sure of the first time I heard that two men were running for president, but I clearly remember seeing on a cereal box photos of Dwight Eisenhower and Adlai Stevenson. (This may be what imprinted the event on my brain.) I knew nothing about them, but Eisenhower was smiling and Stevenson was not. So I repeated a campaign phrase I’d begun to hear and said cheerfully to my parents something about wanting to share the phrase, “I like Ike!’ To which my father immediately said — not cheerfully — that it should be “I don’t like Ike.”

So I learned that we voted for the Democrat, not the Republican. It’s kinda ironic now, considering how unlike the current Republican Party Eisenhower was. The majority did like Ike. When he was inaugurated, a few weeks before my 6th birthday, I understood the significance enough to go next door and watch the ceremonies on TV. I never heard my parents say anything negative about him after he became president.

This wasn’t long before the second major news story I remember. I was very aware of it because it affected me directly. That was the polio epidemic in the early ‘50s. I was aware of a lot of discussion of it, reports of people’s lives being changed by getting it, photos of iron lungs. I remember a summer in which we hardly left the house at all. We played a lot of Monopoly on the front porch.

Then there was the Salk vaccine. I wavered at first, fearing shots, which did hurt more then than they do now that needles are made of harder metal, which can be sharpened more finely. But I feared life on crutches or, worse, in an iron lung even more. So I was part of a major news story when they began giving shots to school children. A few years later, we got the Sabine vaccine, administered on a sugar cube. Without hesitation, I took that, too.

Somewhere in there were news stories about the dramatic drop in polio cases nationwide from year to year. The total in 1956 was a little more than half that in 1955. Then in 1957, there were about a third as many as the year before.
___________________
This was far from an early news event, but it was major. Here’s what I remember about the moon landing.

I had just graduated from college and was headed to Boston for graduate school in the fall. Part of my existence and a big part of my identity for several years before and after was as a musician. I spent most of that summer performing folk and folk rock at a small club in Augusta GA, Monday-Saturday nights from (I think) 8 or 8:30 p.m. till closing.

By mid-July, I was ready for a short retreat back to Asheville, where my parents and brother still lived in the family home. Saturday closing was at midnight, as opposed to 2 a.m. the rest of the week. On Saturday, July 19, I headed north as soon as my last set ended. I got there at 4 a.m. My brother, eight years older, came in shortly after that from an “all-night” gospel-singing concert in the Asheville City Auditorium.

Apollo 11 was orbiting the moon. It had been only 66 years since the Wright Brothers’ first flights at Kill Devil Hills NC, and yet now three men were flying all the way to the moon. They would land that very day, July 20, 1969.

My life-long friend, Larry Freeman, was living at his grandparents’ house across the street. I had gotten to know him from his frequent visits and some-time residency at their house, beginning as far back as I could remember. He was almost two years older, and by that point enjoying a successful career as a jeweler and watch-repairer.

He came over to visit and watch the moon landing with me. I’m sure that our childhood fantasies, at one time or another, included being spacemen. Now we were 20-somethings having our minds blown by surreal reality.

I was impressed with Neil Armstrong’s cleverness, when he seemed to ad lib the “giant leap for mankind” quip. I was disappointed some years later to learn it was scripted. Nonetheless, it was an impressive event, to say the least.

I was back on stage Monday night. I was refreshed from the short trip. I find myself wanting to say something dramatic such as, “But I was a changed person, because the world had changed.” Seems a bit over the top, but something was different.

It would take the astronauts a few more days to return to the Earth.