My Dad was born in 1930, so he has a lot of great stories.
Like the one about the first TV in his neighborhood. Or how they used to cross the Atlantic on boats rather than planes. Not to mention the great pranks he pulled in college, and his international adventures as a lawyer.
I built Storyworth in the Fall of 2012 to make it really easy for my Dad to record these stories. We launched publicly in April of 2013, and Storyworth is now used by families all around the country and the world.
I know your family has many great stories too, and I hope that Storyworth can help you record them.
Best,
Nick Baum
Storyworth Co-Founder
hello@storyworth.com 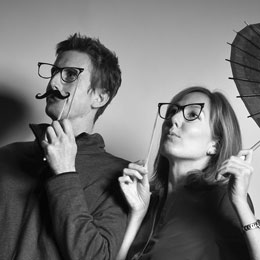 Nick was born in Stockholm, grew up in France, and studied Computer Science at Dartmouth College. He moved out to California in 2005 to work for Google, where he met his wife Krista. Krista is from Pleasanton CA, and has a finance degree from BYU.
Favorite family tradition
Every summer, Krista and I spend a week in Sweden sailing with my parents. I first did this when I was only 6 months old, securely strapped in a car seat at the stern (back) of the boat, and I’ve only missed one summer since then. The first time Krista joined us, we sailed across the Baltic to Helsinki – trial by water! Needless to say, she passed with flying colors and is now a full crew member in her own right. 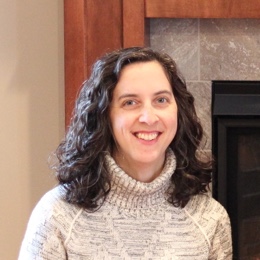 Sarah grew up in Ohio and graduated from Kenyon College with a degree in music. After that, she went on to earn a Master’s in Library Science. She enjoys helping customers and particularly loves solving technical mysteries.
Favorite family tradition
My husband and I really enjoy sharing our love of traveling with our two children. We love exploring new locations, but we have a few favorite destinations as well, including the Adirondacks, where my family has vacationed since my mom was a kid!

A year of stories bound in a beautiful book